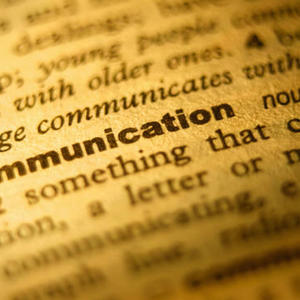 We're in the process of editing the Master's next book, The Origin Is Pure, in English. It's a fascinating process; every time I work on it, I learn something new about the Master's teaching--which I would expect--and the editorial process also gives me new understanding--which is like bonus enlightenment. Here's how we do it: Miao Tsan writes his books in Chinese. This fact alone has given me new insight, because I never knew how many different types of Chinese there are. He writes in his native tongue, which is traditional Chinese. Jay then translates it into English. Jay is well suited for this role, because he grew up in Taiwan, but he moved to the States when he was a teenager. With his deep understanding of the Master's teaching, he is able to make sure that the English reflects the nuances of the original. That's when I come in. My job is to make sure that the English is not only accurate, but also accessible to American readers. After I make the edits I feel are appropriate, Jay and the Master review them to make sure that the words are still as close to the original meaning as possible. Since I edited the first of the Master's books to be translated into English--Just Use This Mind--this process works quickly and easily. But every once in a while, we come across a phrase that reminds all of us how flawed language is as a tool for perfect understanding. The subtitle of The Origin Is Pure was one such situation. The title translated easily, and we all felt that it was appropriate for the content of the book. But the subtitle discussions highlighted the differences between Eastern and Western minds. I have no idea what the subtitle was in Chinese, but the first translation that came to me was A Zen Talk on the Era of the Mind for Man-Heaven Harmony. That sounded a little clunky to me, so I edited it to read Creating Harmony Between Man and Heaven in the Era of the Mind. The addition of the word "creating" worked for me, because it suggested what the reader would learn to do by reading the book. But that addition added a nuance of meaning that was not present in the original, so we went back to the drawing board. The next suggestion was Expressing from the Formless Creative Source of Life. This worked from a meaning point-of-view, but it was too open ended for me. Expressing what? In Zen, the Master has taught me, it is not the answers but the questions that have power. To him, having me wonder what expressing really meant was a much better situation than him spoon-feeding me an answer. But I've been in the book business quite a while, and a good number of sales people and distributors have drummed it into my head that a subtitle has a job to do. It needs to further define the book or be a compelling sales slogan. Recognizing that the Western approach was going to be more literal and less open ended, we tried to substitute "Living" for "Expressing." Still too vague, I complained. I felt very un-zenny, and no doubt they felt I was deeply entrenched in my point-of-view. But then, as so often happens when we reach an impasse in communication with anyone, we stopped trying to redefine what had already been stated and went back to the deeper meaning. What is the book The Origin Is Pure really about? It didn't matter what English words literally translated the Chinese, what mattered was that an American reader could understand what the Master's new book means. The Origin Is Pure: Finding the Divine Within. That's what it's all about.

All situations and problems encountered in life are caused by the doors that were created in the mind.

Venerable Master Miao Tsan is the author of Just Use This Mind, The Origin Is Pure, Intrinsic Awakened Nature, and Directly Actualize Buddhahood, all originally published in traditional Chinese. The founder and abbot of Vairocana Zen Monastery in Garden Grove, California, he possesses profound insight into the essence of Zen and has dedicated himself to its propagation and practice. He conducts meditation courses, Zen-Seven and Zen-Three retreats and teaches at universities, medical centers and television/radio stations in China, Taiwan, Mexico and the United States. His goal is to open a universal path of wisdom and light by leading people from every tradition toward an understanding of the Truth that transcends time, race and religion and is without exception... Read More