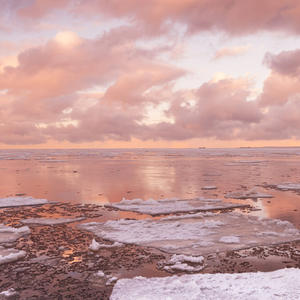 The common explanation of this teaching is always with regard to the written words of the Buddha, who taught what many considered as conventional truths - concepts and practices that addressed only particular situations. The sutras, the recorded teachings of the Buddha, has therefore been categorized into those containing conventional truths and those containing universal truth that is without exception. The recommendation is to always give more weight to the latter when trying to resolve perceived conflicts in the teaching. But I like to take this a bit further... While the Buddha had taught the universal truth in Northern India for forty-nine years, we are now attempting to attend that teaching through a written documentary. We are receiving only part of the teaching, the words, but we missed out so much that is unspoken in the Buddha's presence. Even if we were able to attend the teaching in person (through a miracle in time travel), we will still bring our own interpretations and prejudices through which we try to make sense of what he taught. There is no doubt that the Buddha had tried to reveal the universal truth to us in so many ways, but our restless mind just won't recognize it - even a thousand scrolls of sacred texts had not helped much. Why? Because the mind with which we try to recognize the truth is 'conventional'; the mind is constantly trying to filter, define, and judge everything, it won't see reality as it is. To rely on the universal truth, it is not just a matter of identifying one set of ideas as universal and another as conventional. We must first quiet down the restless mind that twists the Real into the Unreal, then we can see the truth in a single flower and smile.

All situations and problems encountered in life are caused by the doors that were created in the mind.

Venerable Master Miao Tsan is the author of Just Use This Mind, The Origin Is Pure, Intrinsic Awakened Nature, and Directly Actualize Buddhahood, all originally published in traditional Chinese. The founder and abbot of Vairocana Zen Monastery in Garden Grove, California, he possesses profound insight into the essence of Zen and has dedicated himself to its propagation and practice. He conducts meditation courses, Zen-Seven and Zen-Three retreats and teaches at universities, medical centers and television/radio stations in China, Taiwan, Mexico and the United States. His goal is to open a universal path of wisdom and light by leading people from every tradition toward an understanding of the Truth that transcends time, race and religion and is without exception... Read More